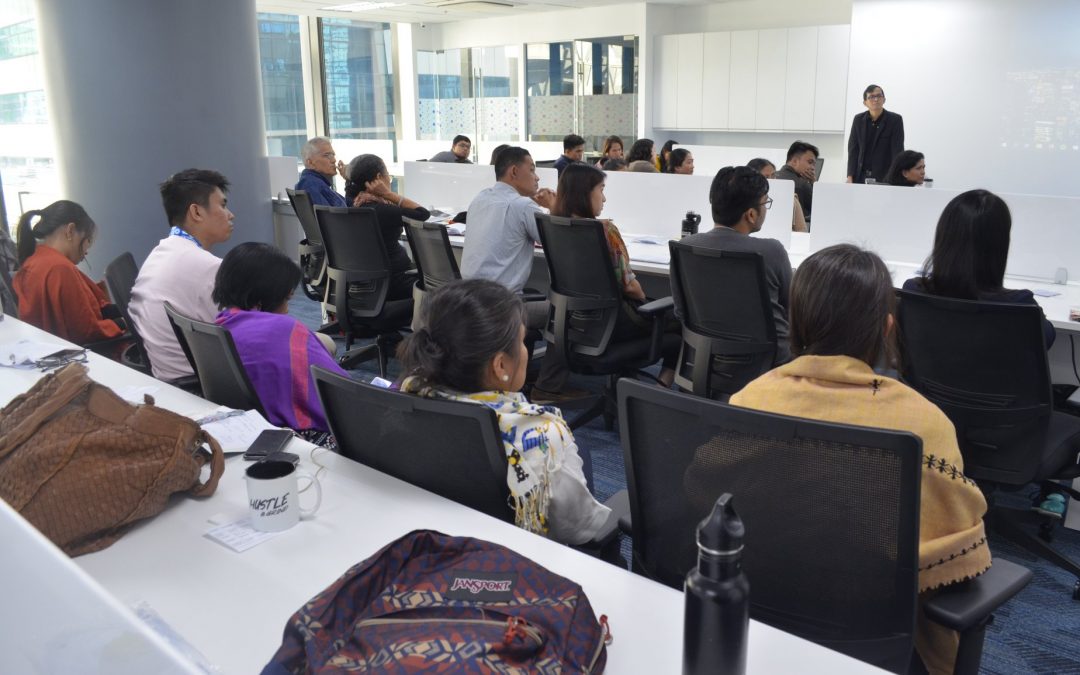 The training involved a series of lectures on identifying and documenting different types of heritage on 15 and 22 February 2020 at the KMC Solutions, ORE Central, Taguig City. Resource persons included cultural worker and theater director, Mr. Nestor Horfilla; Ar. Manolo Noche and Ar. Rino Fernandez of the University of Santo Tomas College of Architecture; Mr. Taj Vitales of the National Museum of the Philippines; Dr. Esperanza Gatbonton of the Intramuros Administration; Mr. Louward Zubiri of the Mangyan Heritage Center; and Mr. Rolando Redor, Jr. of GKI.

On 29 February 2020, the participants embarked on a cultural immersion in the historic district of Taguig City, led by the Taguig Heritage Society. The group visited various heritage sites in the city, including the Santa Ana Church Complex, Dambanang Kawayan, Plaza Bonifacio, Plaza Quezon, among others. Mr. John Ray Ramos of Ateneo de Manila University also gave a talk on heritage and governance.

Meanwhile, GKI President Joel Aldor led a workshop on mapping resources on the Philippine Heritage Map (PHM) on 7 March 2020. The participants were also taught on how to create and present a cultural mapping report for the local government.

As a culminating activity, the participants presented their cultural mapping report and their PHM output, featuring historic resources from the historic district of Taguig City, on 21 March 2020.

The Cultural Mapping Facilitator Training, which is one of GKI’s flagship activities, was conducted in partnership with the Taguig Heritage Society and the KMC Solutions.

The participants of GKI’s Cultural Mapping Facilitator Training pose in front of Santa Ana Church during a cultural immersion activity in the historic district of Taguig City on 29 February 2020.